Apple can push out an update to every single (compatible) iPhone in the world simultaneously.  but Just 7.5% of Android phones are currently running the most version of the OS, Marshmallow, which launched in October 2015. And more than half are running KitKat (which came out in October 2013) or an even older version of the operating system. 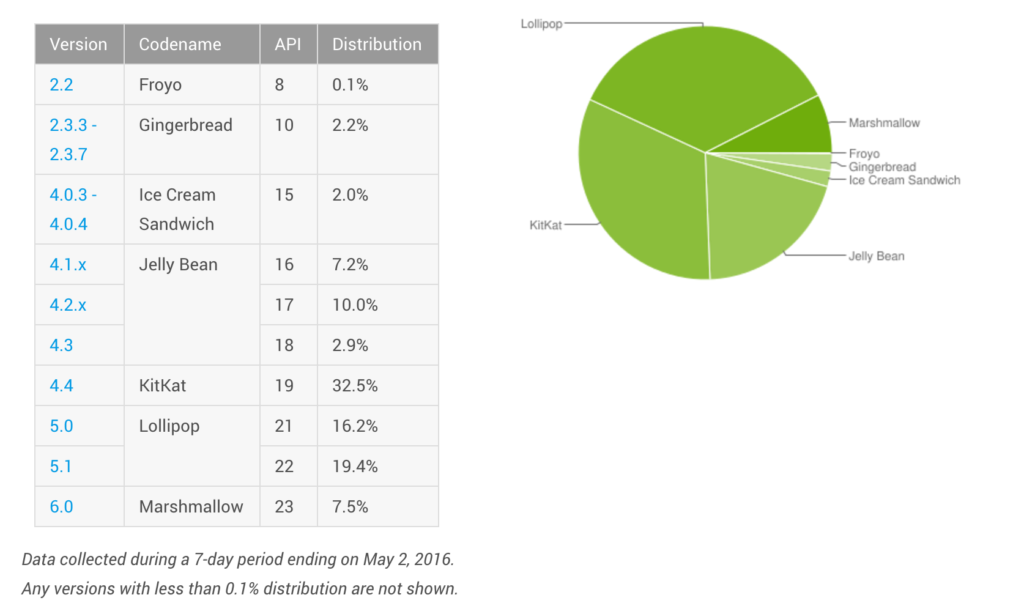 In contrast, 84% of active iOS devices (iPhones and iPads) are currently running iOS 9, the most recent version, which came out in September 2015. 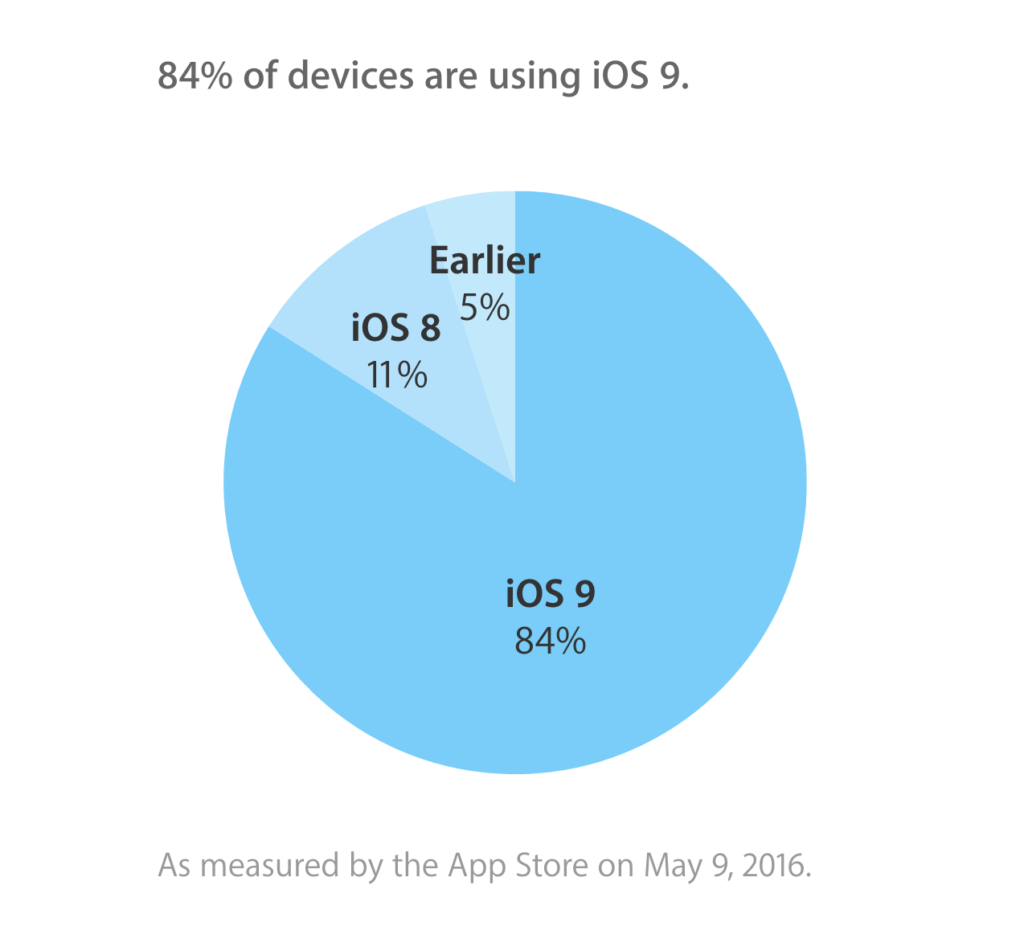